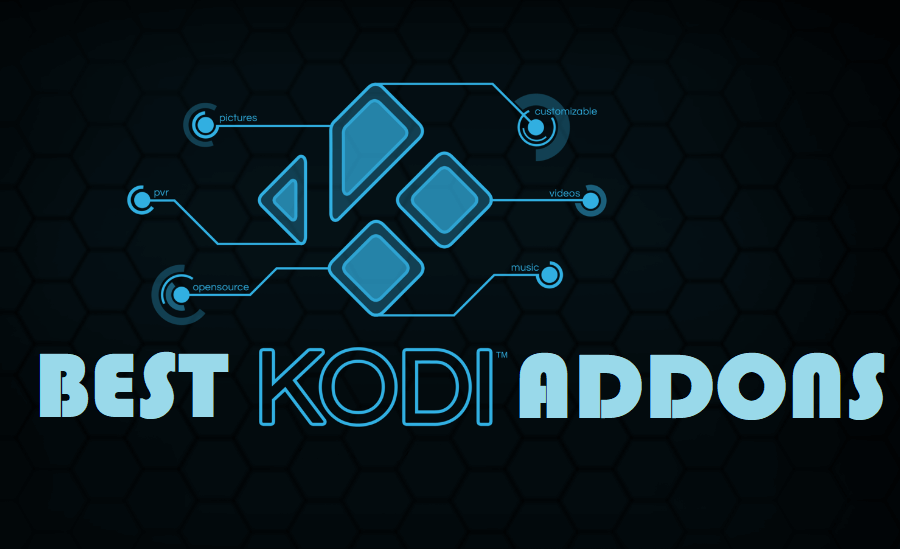 Kodi is a free and open-source media player. Dating back to 2002, the software has grown from strength to strength with over 50 million downloads to date.

Kodi is supported by a core team of developers working for the XMBC Foundation and is in its 18th major version update.

The software has remained popular because of its 10-foot user interface which allows Android applications to be played on TV and be controlled by a remote. As well as being able to play most media file formats known to man. In addition, it has a massive library of unofficial add-ons which can be used to watch almost anything for free.

What is an Add On

An addon can be downloaded from a URL or through the official Kodi addon library and gives added functionality and features to the basic Kodi software.

Currently, your IP 54.36.148.159 is visible to everyone and your Browser is being tracked by Advertisers & ISP Provider.

How to Make Your Addons Better

If you really want to make your add ons better, we have two great premium services which can make even the worst add on great

Packages from Real Debrid start as low as $4 a month and can give you access to high-quality working streams from 50+ paid server hosts. So instead of you having to trawl through endless low-quality and dead links. Real Debrid will serve you the best link for your chosen titles. Compatible with almost all popular add ons on Kodi.

You can also find HD and 4K streams with Real Debrid, and though some may argue paying defeats the point of Kodi. For such a small amount you will save a butt load of time.

Make sure to read our article on Real Debrid.

You can get a Trakt account for free, but if you really want to take advantage of its capability and get rid of ads you can pay $2.50 per month. Trakt synchronizes all your media and serves the best working titles and links based upon your previous viewing habits. Think of a Netflix-style decision engine, but with access to much more media.

Make sure to read our article on Trakt.

Here is our chosen list of Kodi addons, starting off with some of the best and most stable add ons with in-depth explanations and features and moving onto some new addons and niche ones to look out for:

Exodus Redux remains the most popular addon, on Kodi and that doesn’t look likely to change anytime soon. A fork of the original Exodus has grown to become even more popular and provides an enormous library of movies and TV shows.

Make sure to read our article on Exodus Redux.

One of the other consistently most popular addons, the Magic Dragon has been previously known as Pyramid and then the Dog’s Bollocks before its current incarnation. The original source code dates to 2017.

Make sure to read our article on The Magic Dragon.

Destiny of Deathstar brings together two much-loved addons into one package. The still-functional Destiny and Deathstar had started to fade into obscurity. The codebase is a fork of multiple sources including Exodus and Covenant. This addon combines up to 40 other addons all in the same place.

Make sure to read our article on Destiny of Deathstar.

Numbers have been around since 2018 and have grown from strength to strength. Build on a fork of the Covenant module. With access to a wide range of scrapers and a decent base built on multiple forks, Numbers consistently delivers.

Coming from the maker of Inception which has faded out, Seren is one of the few addons that have been custom coded from the ground up. Most add ons are basically forks of Exodus or Covenant with a bit of styling thrown on top, but Seren is something different and one of our favorites addons, due to the tonnes of features it has.

Make sure to read our article on Seren.

Release BB is an innovative addon and just like Seren, we love it because they approach the problem a little bit differently than everyone else. Its history is also long. Originally it was called Mr. Entertainment, which was released way back in 2016, which is centuries in Kodi time.

Release BB works by finding links from cut scene groups who access content before anyone else, ensuring that they always get the best quality streams. An interesting and original approach to a very real problem a lot of Kodi users have. Low-quality streams.

Make sure to read our article on Release BB.

Another daddy of the Kodi dd on the world. Yoda has been going strong since 2017 and shows no signs of slowing down. A popular fork of Covenant and Exodus, it is a must-have for anyone because it has proven to be highly stable over time.

Make sure to read our article on Yoda.

That’s it for our in-depth look at some of the most popular and respected addons on Kodi, let’s take a briefer look at some new and niche to add ons you may not have heard of:

Now, Gaia is neither new nor niche but doesn’t always make every list. Having said that it’s an addon that is making a comeback, having just recently the new 3.0 version which features a new feature called Orion, speeding up search results and return better quality links.

Gaia has a massive back catalog of content as well as being compatible with a wide range of premium services.

Make sure to read our article on Gaia.

Another new fork of Exodus, but with some cool features. Firstly, it has the Up Next feature, which currently only Seren has. Next, all their scrapers are provided by Open Scrapers which means you don’t have to rely on URL Resolvers which have proven to be temperamental and lacking in updates. Open Scraper runs on TV Addons very own Resolve URL which is community-powered and frequently updated.

What people love about Venom is the addon is lightweight in terms of size and quickness.

Make sure to read our article on Venom.

One of the oldest addons on Kodi, which has recently had a massive overhaul releasing its 6th Version. The new addon has meant improved scrapers, speed, functionality, and an even bigger back catalog of media.

If you are just looking for the best addon for Sports, then look no further. Sport’s Devil is used as a dependency for many other sport’s addons, which means it’s trusted and highly rated.

The original Sport’s Devil dates all the way back to 2015, and quite simply if you can think of a sport, live TV channel, or event, they will have it.

Make sure to read our article on Sport’s Devil.

Still always gets voted as the top Kodi addon month after month, in a lot of reviewers top 10. The improved version of Scrubs is well known for being stable and consistently serving high-quality links. You also get a wide range of content including live TV, kids, and even fitness and music.

Make sure to read our article on Scrubs v2.

Odin comes from the Golden Gun repository, which has some of the best addons on Kodi. This adds on by itself is nothing special but it is stable and has been going a long time. You can find a wide selection of titles as well as documentaries, classics as well as the Kid’s zone.

If you are looking for an addon that concentrates more on movies, then I am Ego might be the Add on for you. You are bound to find loads of working links for even the latest movies with plenty of high-quality 720p and 1080p links.

Make sure to read our article on I am Ego.

A relatively new addon that seems to be gaining popularity and has featured in several top 10 lists, coming from the developers of Movie Theatre Butter. You get a big media library and a wide selection of streaming choices. There is a built-in autoplay function and the scrapers work quickly. It also integrates with Real Debrid and Trakt.

Make sure to read our article on Greased Lightning.

Another Exodus fork that proven reliable and looks exactly like Covenant when you open it up. Great range of content and Trakt and Real Debrid compatible.

Make sure to read our article on Tempest.

The remade version of the popular Kratos addon, currently featured on the EzzerMacs repository. Great to use as it utilizes Open Scrapers giving you a solid range of working links. Big range of content.

Another add on designed for the movie buff. Nole Cinema probably has any film that you care to think of. Also once open it has the links ready served rather than running scrapers which does make it a bit slow on startup. Integrate with your Real Debrid account and you can even find HD and 4K links.

Make sure to read our article on Nole Cinema.

IT Addon by Nobody’s

The community mourned the loss of 13 Clowns which has been popular for years, but it looks like a fork of their repository is making a come back in the form of IT.

IT features a big range of movies and TV shows as well as on-demand content. Also, other content from documentaries to Kids shows and is currently featured in the T2K repository.