Nord VPN offers pricing from 1 month all the way to 3 years:

The pricing structure suits those who either want to use VPN’s in an area where they would encrypt their traffic or where they believe certain sites will be firewalled. Or for security professionals and people who rely on hidden networks. The 3-year pricing model slashes 75% of the monthly price and has to be one of the cheapest prices going for a reasonable upfront cost of $107.55. Which is only slightly more than $10 higher than the 2-year plan.

NordVPN is the cheapest VPN provider on the market in 2020 according to TechRadar. But the pay monthly plan is expensive and there will be others who are cheaper if you want a short-term VPN.

Frequently Asked Questions
What does it cost?
Prices start at $11.95 / mo
How many servers are there?
5,300+ serves, 62 locations
What apps are there?
Windows, Mac, iOS, and Android
Are there logs?
Zero logs are kept
What protocols exist?
IKEv2/IPsec OpenVPN
Is there a trial?
30-day money-back guarantee 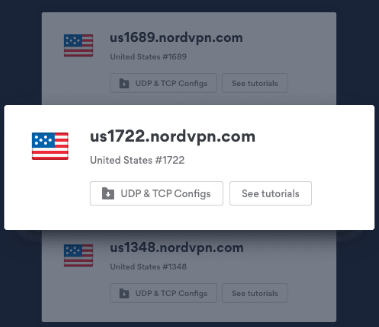 NordVPN has a zero logs policy. They do not track, collect or share any of your private data. The company has based itself away from EU and US jurisdiction which means they are under no legal obligation to provide logs if they have them.

They do not store connection timestamps, traffic data, IP addresses used, used bandwidth, the session information or other data. You can even go one step further and pay in cryptocurrency to stay completely hidden.

Nord’s no logs policy means it is ideal for P2P, both uploading and downloading torrents. A common use for VPNs is to sidestep broadband throttling which providers place on some IP addresses who are using more than the average rate of bandwidth at any given time.

Fast speeds mean you can receive and share torrents without any issues.

Kodi is a media entertainment hub that brings together torrents uploaded by users all around the world. A wonderful way for you to access the newest films, music and other videos. However, in some countries like the UK Kodi is banned. A VPN provider means that you can access Kodi using an IP outside of the banned country and all the media that comes with it.

With NordVPN’s no log policy it is perfect for use with Kodi and also protecting your own IP and identity from other malicious parties.

NordVPN works well with geographically restricted services like Netflix. Normally your countries IP will limit what shows you are able to access. However, with access to over 60 locations, you can view Netflix and all the different programs it provides from all around the world.

NordVPN provides a double VPN service, which means you are routed through two VPN servers to increase your security. You also have an added option of routing your traffic through the Onion to give you an added level of encryption. Highly compatible with Tor.

You can choose from 62 server locations and thousands of named servers from around the world. Meaning you can change your GeoIP to evade any country restrictions that may be in place, like those on pornography, websites or particular types of media.

Using a provider like NordVPN gives you complete freedom to go wherever you want online.

NordVPN claims to have the fastest VPN speeds around but we are skeptical. VPN speed, of course, depends on your local broadband provider as well. Tests show that Nord is slower than some competitors which could be explained by the level of security that is being put on, in terms of routing traffic through 2 VPN servers. You would expect to sacrifice some speed for increased security.

Tests came back about 35% below your normal network speed.

NordVPN claims to use military-grade encryption, which led to it winning the best overall provider at the bestvpn.com 2019 awards. They use two types of encryption. IKEv2/IPsec, which stands for Internet Key Exchange and Internet protocol security which uses state of the art cryptographic algorithms and keys. As well as using OpenVPN which uses AES256-GCM encryption algorithm with a 2048-bit DH key which is currently impervious to brute force attack. OpenVPN is an industry-standard for open source code encryption used by almost all reputable VPN providers.

Help is available 24/7 through NordVPN’s customer service agents who can be reached by email or Live Chat. There is also an extensive help center with heaps of guides and an extensive FAQ section which you would expect from a long-established software provider.

NordVPN is based in Panama, so it operates outside US and EU jurisdiction. To our minds, there is a level of security that brings, particularly with the no-logs policy. Of course, for those who wish to engage in illegal activity you are better off going through Tor and the Onion.

Nord offers applications on all major devices in MacOS, Windows, and Android, as well as all major browsers.

NordVPN has 5,300+ serves, 62 locations and an unknown number of IP addresses

For us, NordVPN is a market leader for a reason. The 3-year deal on VPN is insanely cheap. But, who wants to be tied into a software provider for 3 years? Aside from the price NordVPN offers a lot of benefits like compatibility with the Onion and a double VPN in certain countries that you cannot find anywhere else.

Nord is easy to use and set up, and unlikely to go wrong. Also, it is a big favorite for many reviewers. But if you want a short-term VPN like most casual users there are cheaper and probably faster VPNs out there.