StrongVPN is one of the oldest personal VPN providers. They were founded in 2005 in Lake Tahoe, California. They are currently owned by the same parent company (J2 Global) that operates IPVanish, Overplay, and Encrypt.me. Even though they have the same parent company, they maintain different servers than these other brands. This allows StrongVPN to shine in the areas of geo unblocking (Netflix, Hulu, HBO) and bypassing the Great Firewall of China. While its sister company, IPVanish, is particularly good in the areas of torrents and Kodi traffic.

StrongVPN keeps it simple. Unlike many competitors who have 3-6+ plans. They just have 2.

Their pricing structure is on the lower side of average compared to most of its competitors. True that you can get cheaper packages from bigger providers like NordVPN, but only if you want to tie into a 2-3-year contract.

StrongVPN’s pricing exemplifies something which runs through all of their functionality. Simplicity and a lack of gimmicks.

The monthly plan is the same as you can expect elsewhere.

Frequently Asked Questions
What does it cost?
Prices start at $5.83 / mo
How many servers are there?
650+ servers in 20+ countries
What apps are there?
Windows, Linux and macOS, major browsers and mobile apps for Apple and Android
Are there logs?
Zero logs are kept
What protocols exist?
L2TP, SSTP, OpenVPN, IPSec, and IKEv2
Is there a trial?
30-day money-back guarantee 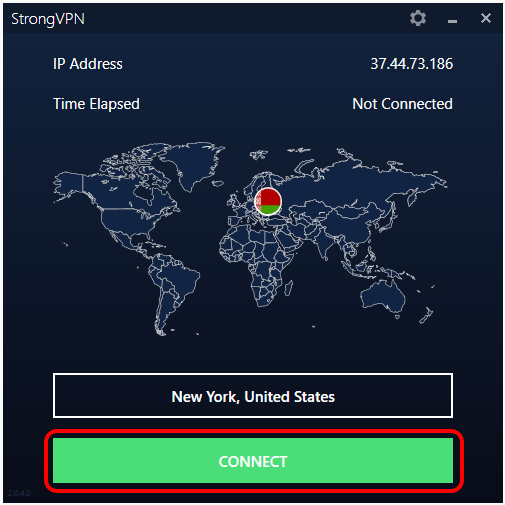 Unlike a lot of their competitors, Strong VPN’s lack of explicit clarification of what they and do not keep hold of in their records could make some people nervous.

The company states the standard terms for zero-logging. They don’t track and store browsing data, personal information, and IP addresses.

It’s the lack of details that makes us skittish. Do they track connection times? Which specific details of ours are kept and for how long. The fact that the company is based in the US means that they would be subject to US law, and therefore may by law have to keep more records than those based outside of the 14 eyes intelligence community.

StrongVPN mentions nothing about Torrent and P2P connections on its site. We get the feeling that by being placed within the US, it has to be pretty careful about what it publicly says about actions that are illegal.

However, by its nature of being secure and with a zero logs policy there is no reason StrongVPN would be just as suitable for Torrents as any other provider, and as we talk about later it provides good speeds across the 25+ countries it operates in.

Kodi lets you access all the latest media in one place. Essentially working as a set-top box to bring you the best and newest tv shows and films from around the world. For that reason, in many countries, it is banned or at least heavily censored. So, using a VPN provider from a country with more relaxed censorship will allow you to access it.

StrongVPN provides a guide and a selling point just around Kodi, promising everything required for you to stream Kodi from almost any country. The high-speed connections you will get also help with bandwidth-heavy files and there are no restrictions on data usage.

Any VPN provider worth its salt needs to pass the Netflix GeoIP test. Most people want to be able to access Netflix in the USA and watch the newest shows before they come out in their country.

StrongVPN passes with flying colors and allows you to watch Netflix from multiple countries including the UK.

Unlike other companies, StrongVPN makes a case for using VPN over Tor. They do state the two can be used in conjunction and their technical arguments are sounds. But we feel like there is a hint of negativity towards Tor and something we haven’t seen before. Definitely compatible but not very friendly.

Though StrongVPN offers fewer locations than most of its larger rivals, there are over 26 countries for you to choose from, easily circumventing GeoIP restrictions on censored material like pornography in the UK.

However, some US customers have complained that there is a shortage of South American countries that can be used, causing a speed problem if they connect to Australia or the UK.

StrongVPN does pretty well for speed tests according to many reviewers, which is comparable to ExpressVPN who are most known for their fast connections.

A cool feature they have is the ability to speed test through the website looking at connections local to you.

But, we weren’t impressed by the 15-16 Mbps speeds we were getting from local servers in Europe.  Latency was pretty good. Also, you can switch between dynamic, static and shared IP’s. Our speeds could be affected by our own line provider. But testing across a wide variety in European countries showed a big enough drop for us to be concerned.

StrongVPN uses the same level of encryption and privacy that we have come to expect from all large VPN Providers.

The fact that StrongVPN clearly states they use IKEv2 shows they are using cutting edge encryption to keep their users secure.

Unlike other VPN providers, StrongVPN is a long-established company from 1994, with a US-based landline and call center. So, for those who like to speak to a real person, this is a rarity in the VPN industry.

They also provide email support, guides, and walkthroughs as well as live chat with Zendesk.

As we have stated a few times already StrongVPN is based in the US. For those who might use VPN for nefarious or less than legal reasons, we would recommend a VPN provider existing outside of US and EU jurisdiction. As though they do not state it, StrongVPN by law will need to keep more of your information and data than other providers or be liable themselves to criminal prosecution or hefty fines.

StrongVPN works on Windows, Linux, and MacOS as well as having a web-based application for all major browsers and mobile applications for Apple and Android.

The company does exactly what it says on the tin, and small bonuses like being able to connect up to 12 devices at a time (overkill) are tempting.

But we have a number of serious misgivings about StrongVPN. Being situated in the US, their vague language around zero logs policy, as well as their apparent slightly negative stance towards Tor all point towards a company that has their hands tied.

The whole purpose of having a VPN provider is paying for complete online anonymity, and we just get the impression that there are better providers out there who can give you a higher level of confidence. That coupled with the lackluster speed tests means we are less than impressed.

A good provider, but there are better and cheaper alternatives available.

Save 57% on IPVanish (Limited Time - 30 Day Money Back Guarantee)