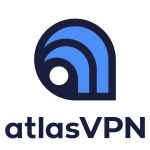 In this Atlas VPN review, we aim to provide the best information and answers to lots of your questions.

We always provide honest and reliable reviews about VPNs to help readers choose the best one for them.

Is Atlas VPN The Best VPN?

When we are talking about being the best, there are a lot of factors that we need to consider. We determine the price, speed, security, and other services to know if Atlas VPN is really remarkable.

Atlas VPN is known for offering both free and premium VPN services. It has a great consistency for high-speed performance and destroys geo-restrictions of major streaming platforms.

The overall impact of this VPN is quite good but there is some room for improvements as well. And since Atlas VPN is relatively new to the market, features like Kill Switch, and VPN protocols should also be improved in the long run.

As we continue to dive more into this VPN, we will test it based on price, speed, security, accessibility, features, and many more.

Compared with other VPNs, Atlas VPN is really affordable. You can start with a monthly subscription of $2.05 per month especially when you use this coupon code: ATLASWELCOME (Please take note that the coupon code promo is limited time only and price may vary).

Click here to see the current price of Atlas VPN.

Atlas VPN offers a free version with limited features only. The free version only has 3 servers to connect to, does not unblock any streaming platforms, and slower speed than the premium.

There is a 30-day money-back guarantee when you purchase the premium version of this VPN.

How to Install Atlas VPN on Firestick

2. Search for Atlas VPN. You can either say the name of the app to your Alexa voice-enabled remote or start typing it. If you type it, click on the suggestion when it appears.

It is very much obvious that you’ll have faster speed with Atlas VPN’s premium version compared to its free one. What’s amazing is that it also has a consistently fast download speed which makes it very much applicable for torrenting as well. It is normal to have a lower download speed when you connect to a VPN. This is due to the protocols and encryptions they have. But with Atlas VPN, the premium version’s speed even surpasses the baseline for other great VPNs. But since Atlas VPN has fewer protocols than other VPNs, this might be the reason why it has a faster download speed.

It is important to clarify that a VPN service does not log any of the user’s data and information. Atlas VPN claims to be one of the VPNs that follow a strict NO LOG POLICY. This VPN does not collect the users’ online activities, DNS queries, and the likes that can be linked to the user’s private information.

When you check the Atlas VPNs policy though, you’ll see that it only collects billing information for payment processing.

Another important thing to know is that Atlas VPN is based in the USA. Knowing that the USA is a 5 Eye country, and has a not-so-privacy-friendly jurisdiction.

The reason why most of us are using a VPN is to be anonymous while streaming. The VPN’s role is to hide our real IP address and provide a different one for another server.

Atlas VPN works well in masking the user’s IP address. This is also why we can unblock the features and content of most streaming platforms online.

In this Atlas VPN review, we will also cover all the present VPN protocols and encryptions that Atlas VPN has.

Like any other VPN, Atlas VPN has military-grade AES-256 encryption along with 2 other security protocols.

Internet Protocol Security or IP Sec is used to encrypt IP packets for tunneling. As the name suggests, it secures all the traffic of a certain IP.

Internet Key Exchange v2 or IKEv2 on the other hand is used to make sure that the VPN connection is undisrupted when there is a change in the internet connection.

WireGuard is a new VPN protocol that is considered the fastest VPN protocol in the market today. This is lightweight software that developers are continuing to develop today.

Does It Work Well With Popular Streaming Apps

We tested out Atlas VPN on different streaming platforms. The free version of this VPN cannot unblock any streaming app, but the premium version showed a magnificent performance.

Since Kodi is a very popular streaming platform, we check to see if Atlas VPN is compatible with it. With Atlas VPN’s premium version, it can unblock Kodi. If you are located in the UK, you can use Kodi if you connect your Atlas VPN to another country where it is not blocked.

Atlas VPN’s premium version can unblock Netflix US. But not only that, but it can also unblock 11 other Netflix libraries including UK, and Japan.

Like Netflix, Atlas VPN can also unblock Hulu and other great streaming platforms.

Unfortunately, Atlas VPN is having a hard time unblocking DAZN.

Atlas VPN is based in the United States of America. Although it follows a No Log Policy, many users consider the US as a not-so-privacy-friendly jurisdiction. There are some reports that the US has some high-profile surveillance cases, but the country does not require internet providers to log any online activity.

Most VPN users acquire a VPN service for a small period of time when traveling to a different country so they can still access features and content. This works well with Atlas VPN. Although it only has fewer servers than other VPNs, most of its servers work fine in bypassing geo-restrictions on different streaming platforms stated above.

It is clearly stated on their website the countries where you can connect. There are about 48 locations available when you purchase the premium version of Atlas VPN.

Atlas VPN offers an app for the following device:

Atlas VPN has a kill switch feature. Sometimes it fails during the test. When it is turned on, we cannot connect to any server. This is something that Atlas VPN should really work out.

The updated version of the app works well with the kill switch.

A kill switch should be used as a one-click feature that automatically disconnects you from the internet when the VPN is not working. Instead of giving you back your real IP address, and the traffic will be tracked to you, the kill switch will prevent that to happen.

Atlas VPN has a split tunneling feature that helps protect important data without losing access to the local network.

There are certain data that a VPN should protect like IP leaks, DNS, WebRTC, and IPv6 data. During the leak test, Atlas VPN showed a great performance in securing there are no leaks and disabling IPv6 completely.

Atlas VPN supports torrenting. P2P is allowed and with its fast download speed, it is really a reliable VPN for torrenting.

Please take note that Atlas VPN free version is not the best choice for torrenting.

Stick only with non-copyright media when torrenting to avoid legal issues.

The Onion Router or Tor secures your IP as well but in a different way with a VPN. Atlas VPN has no mention of Tor.

The Atlas VPN customer support can be reached from the app itself. Just click on the FAQ and you’ll be transferred to the website.

Email supports is also available. You can send your queries to support@atlasvpn.com.

Premium users have the power to use 24/7 live chat support.

Atlas VPN is new so there are a lot of things to improve and add to their service. Despite being an underdog, it still shows amazing outcomes when it comes to speed tests, torrenting, and unblocking Netflix and other platforms.

The kill switch problem is very much addressed as they are really working hard to improve the service and said to add more features in the future.

We cannot wait to see this VPN with SOCKS5 Proxy, and more security protocols.