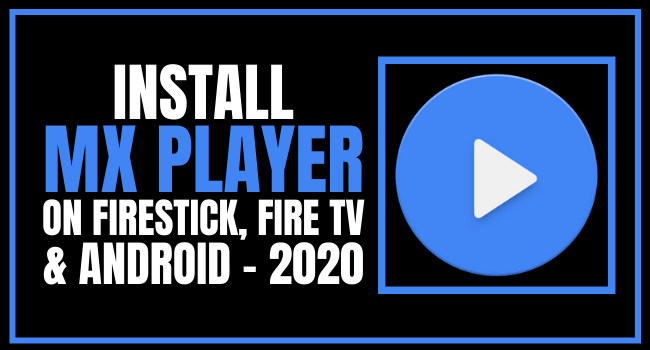 Because of its versatility of functionality with reading an enormous range of codecs with multiple add-ons meaning that you watch almost any movie format.

Outside of India MX Player is used as an OTT Player, however, in India, it is one of the most popular video players for content with an enormous library of country-specific content and over 350 million users.

Where Is It Available?

MX Player is cross-platform and can be downloaded from the Google Play Store and iOS Store. The free version offers the same functionality as the paid version with unobtrusive ads running.

You can choose the free version or pay for added functionality and ad-free viewing ($5.99), the paid version has well over 1 million installs.

You can also download it from APK Time, Apptoide, and apkpure.

There are a lot of copycat sites, so always make sure you download from an official source outlined above or use Malwarebytes to scan the file before opening it.

12. Type http://reviewvpn.com/mxp and click Go.  (Note: ReviewVPN.com does not host this APK file.)

How Do You Use It?

When using an Android TV application, you simply set MX Player as your default player of choice when streaming content. In Windows, you would associate file types with MX Player to always use it.

MX Player uses a simple set up meaning you can just plug and play setting MX Player as your default media player in an application or on your device as a whole.

When Was It Developed?

What Tools Does It Compliment The Most?

Most of the most popular Android streaming applications will now use MX Player as a default method, and in fact, it is seen as an internal benchmark of quality if an app is MX Player compatible.

The biggest names like Zion TV, Cyberflix, Tea TV, Bee TV, and Cinema HD all either use MX Player as default or have the option to use it

History / Is it In Active Development?

MX Player was developed in 2011 and used primarily for streaming Indian content. The application is supported by a significant development team who have an active form on XDA Developers: https://forum.xda-developers.com/apps/mx-player

MX Player is owned by India’s biggest Media Conglomerate, The Times Group. So, they have the resources and the active user base in India to continue updating and releasing new Codecs for new devices across Platforms.

MX Player has an active bug reporting system, and a pipeline of coming updates as well as developers who are active across the forum addressing user and other developer problems.

What Devices Does It Work on?

MX Player works across all platforms apart from Linux. You can find suitable apps for Android, Windows, iOS, Mac and the Amazon Fire Series

The most common alternatives are VLC which pretty much plays any video format and has an impressive codec database. VLC also offers the picture in picture mode which you can’t currently get with MX Player.

Kodi offers a great solution as an all in one media center with its own add ons, skins and builds to access a wide range of free tv shows, movies, and IPTV. Unlike MX Player though Kodi does not support gesture controls if you plan on using it on a touch screen device and swiping around.

A few lesser-known players that exist include KM Player which has all of MX features as well as picture in picture. Archos Video Player and BS Player also offer great solutions.

What Apps Does it Compliment/are Required to Use it?

Most of the most popular streaming apps will use MX Player as a default if they haven’t developed their own in-app media player.

Why You Should Use It With a VPN?

Remember that a video player and the app you are using it with is only as good as your VPN player. Using MX Player with an application like Cyberflix or Zion TV will offer great video quality and buffering but you may find that many of your sources are blocked or worse still the application may not start at all.

Internet Service Providers (ISP) work closely with media producers to ensure that the distribution of pirated copyrighted material is stopped and monitored where possible. You ISP monitor all your traffic and if you are found to be accessing a site that supports the distribution of questionable material you could have your access blocked, your internet slowed down or even a cease and desist letter sent to you.

If for example, you wanted to watch MX Player online outside of India, you’d need to use a VPN and log into an Indian based server as the content is locked by region. A VPN can also help to keep your data encrypted and change your IP meaning you can browse in peace without the watchful eye of your ISP.