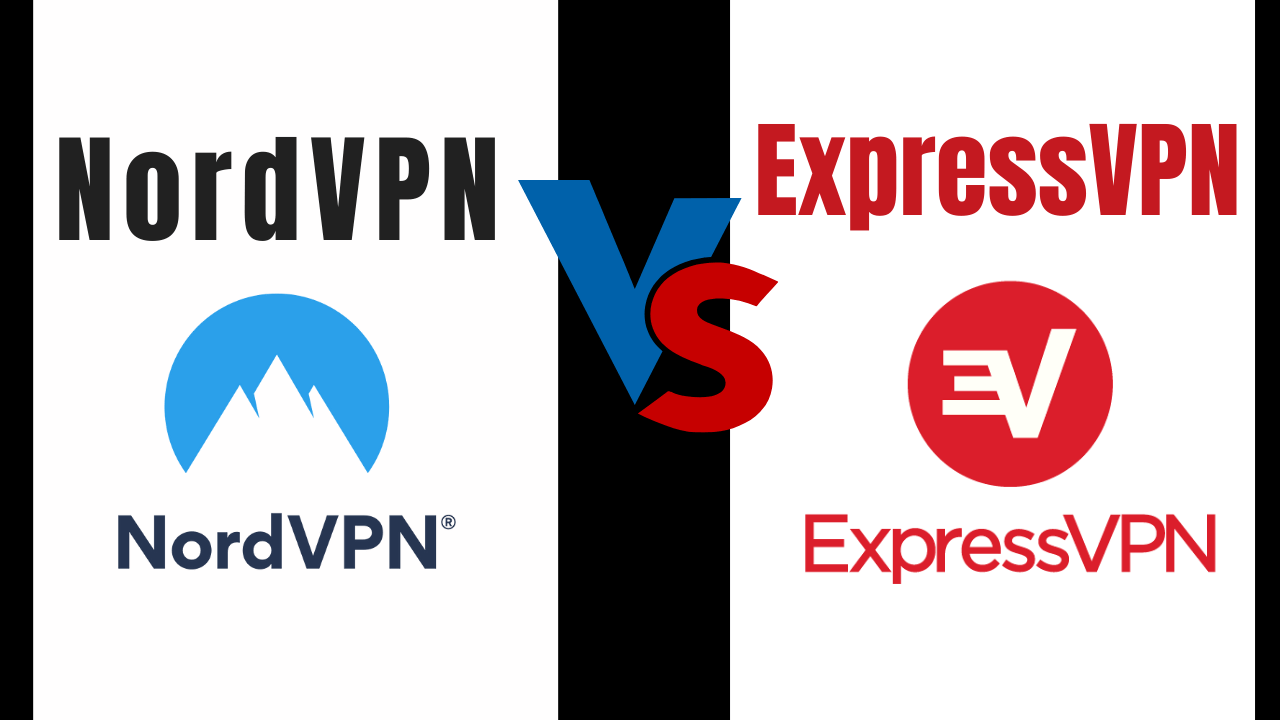 In this article, we will compare NordVPN vs ExpressVPN. We will also look at their differences and how they work as VPNs.

Are you wondering if NordVPN has what it takes to rival one of the top VPNs in existence? That is why we will now compare NordVPN vs ExpressVPN! Let us share that during our research, ExpressVPN always occupies the leading position regarding VPN ratings. NordVPN is one of its utmost competitors!

All the modern VPNs we are using today have come a long way since the birth of the internet. As the internet develops, many people worldwide enjoy quick search results, faster links, and even watching online videos.

We only have to worry about viruses and hackers during the internet’s earliest days. Today, many online threats endanger our devices. People realized that securing our connection can help avoid these dangers. It is a scenario where VPNs perform their true purpose.

Comparing NordVPN vs ExpressVPN will let us look at their abilities as the top VPN services in today’s market!

Leading the charge most of the time is ExpressVPN! It has many impressive capabilities to share with its users. Also, NordVPN is its direct competitor. It is why we will now share with you crucial differences between both these reputable VPNs.

NordVPN and ExpressVPN are the true titans in the VPN industry. Pitting NordVPN vs ExpressVPN is a valuable activity that exposes their differences with each other! Both these VPN giants boast special features and original inventions. They now share these original traits for our overall protection. However, not all VPNs in the market perform the same.

Looking at both their prices, the prices of NordVPN and ExpressVPN might be expensive to many of us. But, let us not quickly cancel out both and ask ourselves why.

First, NordVPN is one of the most reliable and secure VPNs you can get. Its robust protocols and additional features will cost you a total of $95.76 with its two-year Plan. It is $64.32 cheaper than ExpressVPN’s total cost if you want to use it for two years. NordVPN’s monthly fees come at an $11.99 price tag.

ExpressVPN sports a VPN protocol that can match the abilities of NordVPN’s NordLynx VPN protocol. You can use it with ExpressVPN’s 1-Year Plan, which costs $6.67 per month. ExpressVPN also offers $9.99 for a 6-month plan and $12.95 for its monthly fee.

The protocols of a VPN show us how it protects its users. Both NordVPN and ExpressVPN use the famous IKeV2/IPSec protocol. It is a military-grade encryption protocol that follows the criteria of the NSA for protecting sensitive data.

When it comes to original inventions, NordVPN features its original NordLynx protocol. NordLynx backs up the latest Wireguard VPN protocol with a Double NAT. Wireguard does not focus on keeping its users private. It is why NordVPN has to perform a significant upgrade to Wireguard’s open-source structure to improve security.

Today, many VPNs worldwide use Wireguard. However, ExpressVPN chose not to use it for their service. After performing an extensive review, they decided to create their VPN protocol. It is why we now have the Lightway protocol. ExpressVPN’s Lightway protocol performs all the tasks of a VPN efficiently. As a result, we now have a lightweight VPN protocol that is also open source and has adequate protection.

We entrust a VPN to hide everything we perform on the web. They do an excellent job of bypassing our traffic inside their digital tunnels. Your data will travel inside their vast network of private servers before reaching its destination.

While a VPN distributes your traffic, a DNS leak might occur. It happens when your internet traffic goes to its default DNS server (ex. ISP) instead of passing through your VPN’s encrypted network.  As a result of this, your ISP will throttle your connection.

NordVPN prevents DNS leaks by creating a robust connection between your device and its private servers. On the other hand, ExpressVPN’s app on your device will block DNS requests trying to reach third-party servers.

Every VPN on the market shares original features with its users.

NordVPN shares with us their multi-factor authentication feature. It forces a user to pass through two or more levels for verification. Aside from this trait, NordVPN allows us to use its Onion over VPN. You can now browse the web more securely by combining NordVPN with The Onion Router. If you want to change your IP address, NordVPN lets you do this with its Double Protection feature.

ExpressVPN offers us two protocols: OpenVPN and Lightway. If you are unsure which one to select, ExpressVPN will choose the best protocol that matches your needs. Applying Lightway, you can expect a new IP address when you use ExpressVPN. While using their IP address, you will see the exact address of its server. What differentiates ExpressVPN is its numerous browser extensions. You can install ExpressVPN’s extensions on Chrome, Safari, or Firefox.

A VPNs primary purpose is to give us a secure connection while hiding our total internet traffic. An increase in speed results from your link with their private servers. NordVPN increases your speed at a rate of 388 Mbps, assuming you have a reliable connection. ExpressVPN having many servers worldwide, can also boost your overall speed at 398 Mbps. Expect to have more speed boosts if you connect to a country with over 10 Gbps servers.

A VPN kill switch is responsible for disconnecting your device from the web if you lose its connection.

NordVPN offers two types of kill switches. Its Internet Kill Switch monitors your entire internet connection. NordVPN also lets you use its local App Kill Switch to back it up.

ExpressVPN provides us with its original Network Lock Kill switch. Aside from closing your browsers after a disconnection occurs, it will also prevent you from connecting with dangerous websites.

Both residing in secluded locations, NordVPN and ExpressVPN ensures ultimate privacy! NordVPN operates its VPN services from Panama while ExpressVPN comes from the British Virgin Islands.

NordVPN supports its customers with a 24/7 live chat, email, and help center. You can contact them directly or message them at (support@nordvpn.com). Visit their Help Center at (https://nordvpn.com/contact-us/).

NordVPN lets you connect up to six devices with one account, while ExpressVPN allows you to connect five devices simultaneously.

Features of NordVPN and ExpressVPN

Let us show you in detail all the features of NordVPN and ExpressVPN.

Does it support P2P File Transfers?

NordVPN increases your speed at a rate of 369 Mbps.

NordVPN has a limitless data capacity.

NordVPN has 5,400 Servers in 59 different countries all around the globe.

There are 2,590 and more NordVPN IP addresses that can make you anonymous on the web.

Number of Devices you can Connect with NordVPN:

NordVPN can support a total of six devices at the same time.

Pros and Cons of NordVPN

Does it support P2P File Transfers?

ExpressVPN increases your speed at a rate of 398 Mbps.

ExpressVPN has a limitless data capacity.

ExpressVPN has 3,000 Servers in 94 different countries all around the globe.

There are 3,000 and more ExpressVPN anonymous IP addresses in rotation.

ExpressVPN also comes from the British Virgin Islands. It does not fall under Five Eyes, Nine Eyes, and Fourteen Eyes jurisdiction.

Number of Devices you can connect with ExpressVPN.

NordVPN can support a total of six devices at the same time.

Pros and Cons of ExpressVPN

Use a VPN for Safe Streaming!

We all love to stream movies and videos on YouTube or the top streaming providers. Either way, we sometimes cannot enjoy an online video due to ISP throttling. You see, watching HD videos online requires large amounts of bandwidth. Your ISP will reduce your streaming speed due to excessive data usage.

Some threats on the internet, such as hackers, might also attempt to steal our data and payment credentials.

NordVPN vs ExpressVPN share with us that both these industry giants has special protection features. Each of them have original protocols and abilities. However, there are still threats online we have to face!

We suggest using the powerful NordVPN to solve these issues. Here are some benefits of using NordVPN:

Wireguard is a new VPN protocol that meets excellent performance, speed, and reliability user requirements. It uses an open-source structure with 4,000 lines of code. VPN creators can use Wireguard and apply significant modifications to its properties.

NordVPN vs ExpressVPN show us that only NordVPN uses Wireguard while adding their Double NAT feature. ExpressVPN know that Wireguard does not provide full protection, that is why they have to create a new protocol from the ground up!

What is the Lightway VPN Protocol?

Lightway is ExpressVPN’s proprietary protocol. They created Lightway to match the capabilities of Wireguard is, an open-source VPN protocol. The new Lightway Protocol performs all VPN tasks well. It is one of the reasons why ExpressVPN receives high ratings from its users.

Check these articles out!

Setting NordVPN vs ExpressVPN show us which of their features will fit our needs! ExpressVPN and NordVPN field the latest VPN protocols for the overall protection of their users. However, NordVPN chooses to implement Wireguard and reinforce it with their Double NAT (Network Access Translation) to boost its security features. ExpressVPN now uses the new Lightway Protocol. The VPN protocol of their creation is also open-source, lightweight, and changeable.