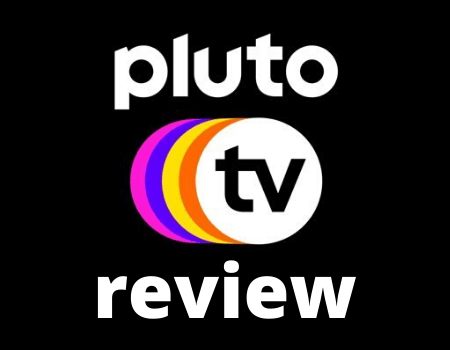 Recently a lot of TV streaming services are up on the market. You can now from the comfort of your smart devices such as Android-powered phones and iOS devices stream movies, TV series, sports programs, and lots more activities.

Pluto TV has numerous channels for you to choose from; you will find channels you are familiar with and channels you never heard of on Pluto TV. Pluto TV in March this year, had a user interface overhauling; changing the entire way how contents are discovered and playback. This overhauling in Pluto TV changed the theme, the way navigation is done; making it easier for you to scroll through movies, sports, entertainment, news comedy, and lots more.

Pluto TV has a feature that allows you to highlight and specify channels (your favorite channels as that may be important to you) without having to scroll through over 250 channel lists. You can be able to save movies, TV shows, and clips to a watch list that you can create on your Pluto TV.

Is Pluto TV Free to Use? And How Does Pluto TV Work?

The answer to the above question is yes. Using Pluto TV does not cost a dime. Just the way you would connect to your local TV stations via antenna and access tons of local TV channels, so also you will be able to stream hundreds of channels with Pluto TV free of charge.

However, Pluto TV has lots of Ads on it. These Ads show up when you want to change channels on Pluto TV. As we all know, Ads sometimes can be annoying especially when it pops up unexpectedly while you are watching your favorite TV series or movies. There are lots of streaming TV service providers having lots of Ads, an example of them is Tubi TV.

Currently, your IP 174.54.19.32 is visible to everyone and your Browser is being tracked by Advertisers & ISP Provider.

Pluto TV has lots of channels for you to choose from. As of writing this, pluto TV has over 300 channels (some channels offer the third-party live stream; meaning Pluto TV records live streaming and then offers it to its users). Pluto TV has tons of entertainment channels to keep you entertained all day and all night.

Channels On Pluto TV Include

News channels on Pluto TV include the following channels:

Note: None of the above sports channels allows Live streaming: meaning you can not stream live sports games. Only prerecorded sports events Pluto TV offers via the above channels.

Pluto TV also offers TV series, TV shows, and on-demand movies. You can request your favorite movie and have it delivered to you.

A VPN enables you to access and stream the internet without any fear of being monitored by third parties such as your internet service provider or governmental bodies.

Pluto TV is known to offer its service to the US and UK, legions, so for anyone who is not from such countries to use Pluto TV, a VPN is needed. So far, Pluto TV is compatible with Mullvad VPN. Just in case you don’t have access to Mullvad VPN, you may try other VPN service providers out there in the market.

The answer to the above question is in the affirmative. Using Pluto TV is legal. Pluto TV provides its user with legit channels meaning that they don’t have copyright issues.

As of the moment, Pluto TV has a mobile application for iOS and Android devices.

Pluto TV is compatible with the following devices:

Pluto TV is a great choice for anyone looking for free streaming TV. They offer over 300 amazing channels for you to choose from. Even though it has fewer live channels, it still offers a quality streaming service. Give them a try and you will be glad you did.