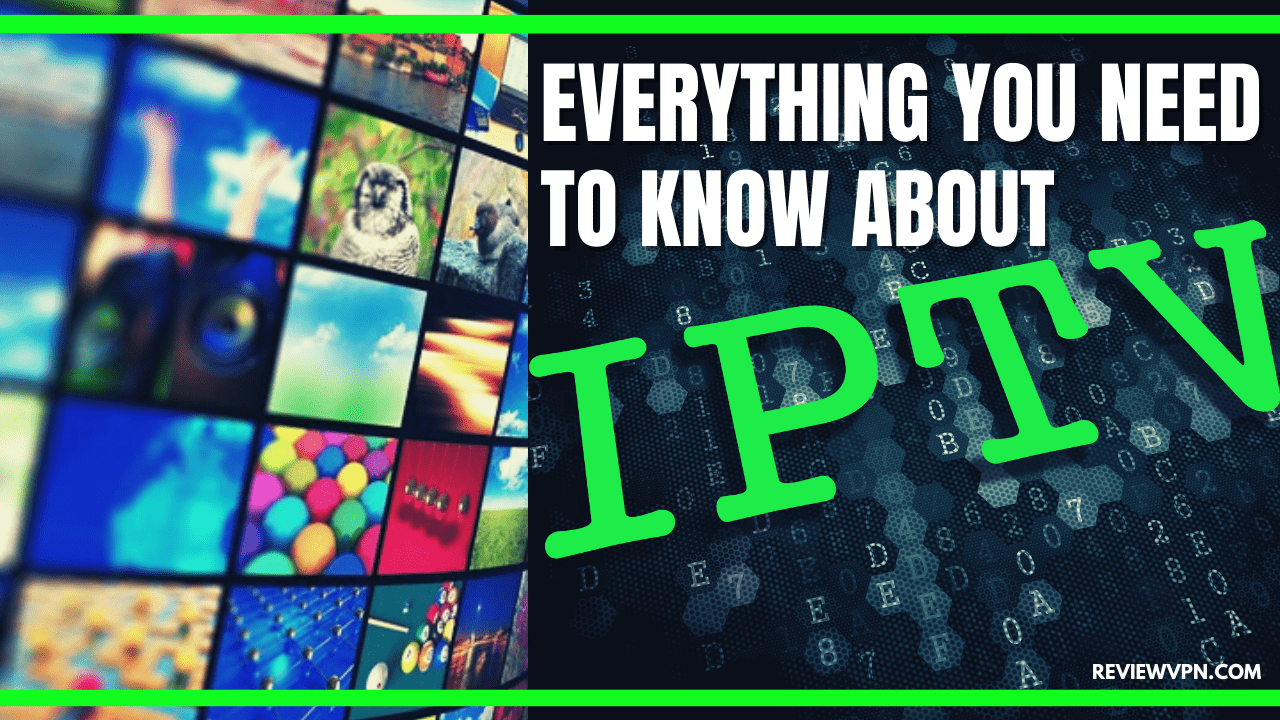 Everything You Need to Know About IPTV

This article can help you understand detailed information about IPTVs.

The television set since its first introduction in 1927 has continued to entertain billions of people.

Spanning from the industrial age to our modern times, the TV set constantly reinvents itself.

It has evolved alongside various developments and advancements in electronics and communications technology.

Now, what if the next generation of television abilities has already popped up?

Popularly known as IPTV, it is one of the newest iterations of classic home-based screens.

Empowered by 21st-century internet connections, the IPTV represents the next stage of home entertainment.

IPTV lets you choose the type of video shows you want.

From traditional broadcasts such as news, TV shows, and informative programs, provides you versatility based upon your preferences.

Imagine using the typical television set just like surfing the internet on your desktop computer.

IPTV is a relatively new term for newbies just starting to get back watching television shows.

But, for media enthusiasts and avid technologists – IPTV represents the futuristic platforms where home entertainment could gradually develop.

The TV part is still representing television. IPTV is created as a video broadcast technology specializing in the distribution of media content through cyberspace.

It allows VoIP features, internet accessibility, and the exchange of computer data through the convergence of IP networks.

IPTV blends all of their abilities to be available within one integrated network, and now, they are combined with video streaming.

Internet Protocol is now the structural pillar that supports multiple data distributions. It is typically found built into modern hardware and software.

Internet Protocol is one of the primary connectivity features available with our modern gadgets such as personal computers and handheld devices.

The virtual basis of IPTV which relies on Internet Protocols is designed to be malleable.

IPTV’s core functions can be modified to support any operating system and work simultaneously with a diverse range of services.

These factors give IPTV flexibility to be molded and fit into the preferences of various users, media content distributors, and device manufacturers.

Working with IPTV’s reliance on internet protocols, multiple additions can be successfully implemented within a short period.

For starters or media aficionados wanting to clarify IPTVs difference with traditional TV connections, here is a brief explanation for both categories:

IPTV or Internet Protocol Television is one of the newest capabilities of modern televisions and home entertainment setups.

It uses the fast and reliable connectivity of the internet while having physical servers or cloud storage as its main base of virtual operations.

IPTV is like browsing the internet while using your private television set.

We have grown accustomed to watching our favorite shows as they appear on schedule with our preferred networks or subscriptions.

The traditional television broadcasts are transmitted into our homes via fiber optic cables known as cable TV.

The second TV connection type is via the distribution of strong signals that can be received by rooftop satellite dishes and antennas.

In turn, all the signals collected translate into video images per frame into our television sets.

IPTV: How does it work?

The internal machinations of IPTV can draw a multitude of questions regarding how it functions and its mass value.

Analyzing conventional television connections: TV shows and video programs are equated into radio wave signals which are transmitted aerially towards receiving antennas. These devices are typically installed on a vantage point for higher chances of reception.

The antennas feed these signals directly into your television set that translates them into colorful video shows complete with audio.

So how does IPTV differentiate itself from these connection types? There are different categories that detail how IPTV connections work, these are:

VOD or Video on Demand represents all the available videos you can watch anytime you want.

A good example of Video on Demand (VOD) is streaming movie sites which are now used by several people. No limits are placed when you subscribe to VOD services.

A VOD specializing in streaming service is also known as stored programs. These services have stored most on-demand videos and films similar to a physical library.

The method they employ provides subscribers the ability to choose and stream media content and watch anytime they want. VODs are stored in a fashion where the service can systematically distribute these videos with ease to its users.

They have a deciding criterion upon which these videos stay on their site for instant viewing. Some services impose streaming limits on the most requested media files.

It is their solution to keep their bandwidths balanced while not compromising their digital profile.

Time-Shifted Media or Stored programs are videos that have already aired with their mother networks.

These networks are in charge of their storage, maintenance, and distribution through chosen methods.

The difference between VODs and Time-Shifted media is based upon their overall availability for immediate streaming.

Original videos that were already distributed by well-known networks might exist in different video formats. Some classic videos have standardized or analog TV formats. These are also known as SD Videos.

It usually takes a longer duration than digitized file types.

To prevent the onset of buffering and streaming difficulties, most videos are compressed in size for ease of distribution.

For example, videos on today’s internet can be found with an MPEG2 or MPEG4 file type.

To make them compatible with IPTV streaming, analog video clips are converted into digital formats.

These digitized versions can be delivered with Internet Protocols through data packets.

IPTV is compatible with users that have a viable computer and reliable internet connection.

Some people though, enjoy the experience of watching their favorite shows and movies on high-definition television sets.

This has spawned the development of Set-Top Boxes (STB).

Set-Top Boxes are developed and manufactured to cater to individuals that enjoy streaming high-resolution and quality videos on their smart television sets.

STBs are in charge of receiving digitized media files and decoding them to display on diverse file formats and high-definition images on modern widescreen TV sets.

STBs are designed to automatically convert transmitted media content from either Ethernet or WiFi.

They act like independent computers that translate digitized media files into MPEG2 or MPEG4 formats and display them into high-resolution video clips.

STBs upon purchase comes with a processor, storage, and sometimes a graphics renderer combined with pre-installed applications that smoothen its overall process.

Currently, your IP 54.85.253.100 is visible to everyone and your Browser is being tracked by Advertisers & ISP Provider.

Several streaming applications are usually working with the speed of consistent internet connections.

IP Unicasting is the connection between one client computer and one accessible server.

While accessing these streaming sites, the computer you are using communicates with physical servers with large amounts of virtual storage.

Servers would then reciprocate through the linking of IP addresses related to your search.

As a result, the interaction between your computer and server would display the most related website containing the information that you seek.

The typical popularity and growth of streaming videos from the internet have been witnessed in the past few decades.

Unbeknownst to many people, streaming high-quality media files requires a vast amount of data from servers.

It has led to lagging and buffering of the video files streamed directly towards a user’s computer.

As an answer to lighten server loads while streaming media content, IP Multicasting became the solution for quality downloads.

IP Multicasting is the method where a singular server distributes packets of data to multiple clients similar to the speeds found with IP Unicasting.

IP Multicasting has made it possible for several people to stream and watch a similar video simultaneously.

What is Hybrid IPTV?

The approach is popularly known as Hybrid IPTV. It is a unique approach that follows IP multicasting protocols.

Some files found on the internet are protected by copyright laws that prohibit illegal sharing and replication.

Managed Networks are controlled through a command structure that ensures service quality and proper coordination.

Modern and smart IPTVs use IPTV Protocols. For example, when a client computer streams a high-quality video file from the internet, it is receiving only a fraction of its total size.

The next parts of the video being streamed are downloaded sequentially. None of these downloaded sections are stored on your computer.

All the computers and servers on the internet communicate with each other through the provision of agreed technical protocols.

These protocols are placed for the simultaneous streaming, downloading, converting, and playing of digitized files. Here is a list of streaming protocols:

What are the Best Apps Available for IPTV?

You can stream and watch a plethora of TV shows from a wide selection of apps best suited for your IPTV experience.

Here is a list of apps you can choose from:

If you want more suggestions or diversity of choice with the apps you use, you can visit our best IPTV apps for more options.

Stream Quality Media with a VPN

The streaming of videos can be observed by your internet service provider (ISP).

Downloading and playing high-quality media content can exceed the limitations of a server’s bandwidth.

It causes your IP to request additional loads. This may cause difficulties which may result in lags, stuttering, and buffering.

We have the best solution for your streaming problems.

Avail of a reliable VPN like IPVanish.There are several VPNs apps available in cyberspace, but IPVanish is designed primarily for streaming and downloading your favorite videos.

IPVanish is the best choice for streaming high-resolution media files.

Here is a list of advantage that IPVanish may offer you:

IPTV is legalized for worldwide use. Licenses are purchased by distributors to deliver and stream various media content to different parts of the globe.

Is IPTV Legalized in the USA?

Yes. IPTV is legalized in the United States of America. Popular distributors catering to IPTV services are required to purchase appropriate licenses for legal operations.

What devices does IPTV Support?

IPTV is an Internet Protocol-based Television capability. It is compatible for use with several devices such as Androids, Android Boxes, Smart Phones, DreamBox, PC, VLC, Smart TV Kodi/XBMC, Enigma, and MAG.

IPTV is one of the newest home entertainment platforms evolving from classic television sets. IPTV is the technical jargon which means Internet Protocol Television.

It relies on reliable internet connections and gadgets with IP features for the proper streaming of high-quality media content. Some various methods and protocols dictate the correct operation of IPTV services and their overall functionality.

We hope that this article has contributed additional knowledge to your questions about IPTV.