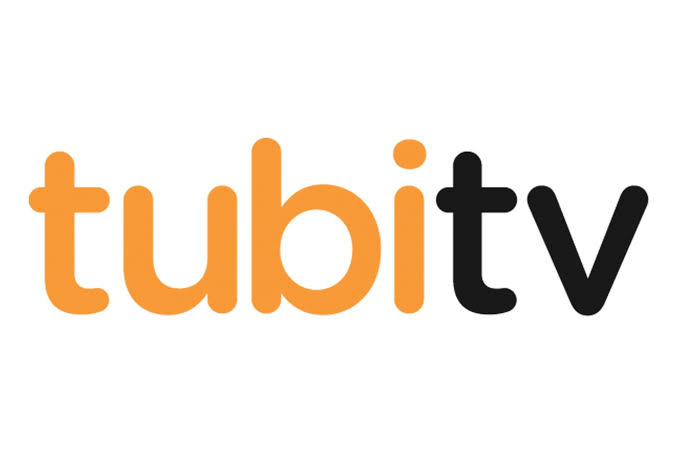 How to Watch Tubi TV Abroad

However, if you try to access Tubi outside of the US and in the EU, you’ll get this message:

“Tubi is the largest free movie and TV streaming service in the US. We are not available in Europe due to changes in EU laws.”

In this guide, we’ll look at what Tubi is, why we can only get it in the US and how we can use a VPN to watch it when out of the states. In rounding off we will finish up by going through a selection of our favorite VPN’s which will allow you to watch Tubi anywhere. GDPR or no GDPR.

What is Tubi TV?

Tubi like Crackle is completely free. No signup or credit card needed. All of its revenue is driven by ads that are innocuous and it has become a favorite with people who don’t necessarily want to pay for Netflix, or don’t watch it enough to justify paying for it.

The number of ads depends on the popularity of the show. Some films may have one 30 second ad, while others may have adverts play every 15 minutes. Ad companies get too big on the spaces real-time based upon analytics showing who is online, doing what and from where.

Tubi comes from San Francisco and started in 2014 and has gathered over 20 million regular users. This year they pledged to spend over $100 million on content. Not in the sense of making their own but bidding for bigger and more expensive titles that will drive users and hopefully more ad revenue.

Tubi has over 50,000 titles in its library and has amassed an extensive collection of media for all tastes. Unlike Crackle it has some recent titles in its arsenal. Plus, they signed a deal with NBC this year to get the rights to over 400 titles.

The future looks bright for Tubi.

Why Can I Only Watch Tubi TV in the US

Tubi is locked in Europe and currently only serves the US, because many of the titles it owns the rights to have only been allowed for use in the US.

Tubi’s servers will check the originating address for your IP and if you are not in the states then you won’t be able to access the platform.

A Virtual Private Network works by creating an encrypted tunnel between the client on your device and VPN’s DNS server.

This creates a wall to your Internet Service Provider and other third parties who seek to understand what you are browsing online, or where your traffic originates from.

This makes it incredibly useful for accessing content that may be restricted in your country. A VPN gives you the ability to change your IP address and appear to be in another country altogether. By logging into one of the many servers offered by your VPN. The receiving website cannot tell the difference granting you access and allowing you to watch your restricted content.

A VPN has the bonus of keeping your identity online safe and anonymous, as well as securing data on your device and keeping you safe when logged onto insecure public Wi-Fi hotspots.

Currently, your IP 98.239.75.177 is visible to everyone and your Browser is being tracked by Advertisers & ISP Provider.

How to Use a VPN to Watch Tubi TV Abroad

To watch Tubi TV using your VPN, simply log onto your VPN and choose a US-based server. Now when you visit Tubi you will be granted full access.

This is our pick of the best VPN’s to use for Tubi TV. Bearing in mind, not all VPN’s will work as many big streaming platforms actively block VPN’s and smart proxies. A feat they do by reading the metadata of the request and seeing the signature of a VPN.

These providers have all been proven to deal with the toughest region-restricted content. Namely Netflix and BBC iPlayer.

IPVanish is an industry leader due to its fantastic speeds and great customer service. The American company as 40,000+ IP’s, 1,300+ servers across 75+ locations. They offer a unique IP sharing service. Many users can use the same IP pool, which makes it impossible to attribute an action to one user.

They have a great zero logs policy with 256-bit AES encryption the same as the US government, making your connection unbreakable. You can access more advanced security settings like SOCKS5 Proxy for those who are particularly security conscious.

IPVanish differentiates themselves within the industry not only by their great product but also with fantastic 24/7 customer support, from their live chat, ticket system and their toll-free US phone number, which is unheard of by anybody else.

Subscriptions start from $6.50 per month for an annual subscription, connect a massive 10 devices at the same time and get 30 days to ask for your money back if you’re not completely happy.

Nord VPN has the most servers of any provider globally, they offer 5,500+ servers across 60+ Countries. More servers mean a better choice for you, faster speeds and fewer server loads during periods of high use.

They also have several added features which are a nice bonus. Cybersec lets you block ads, malware and stops you from visiting malicious websites. Double VPN allows you to connect to the internet using 2 VPN servers making your original IP untraceable. Or you can choose Onion over VPN and use the Onion to have your traffic routed through three random nodes and then Nord VPN’s servers. Again, making your traffic untraceable.

With such many servers, some have been specially configured for high-speed connections needed for media streaming, and you are sure to never be far away from a high-speed server wherever you are in the world.

Their prices are amazing, with a 3-year subscription coming in as low as $2.15 per month, allowing you to connect to 6 devices at once and get a 30-day money-back guarantee.

ExpressVPN is great because they just work. They have zero logs and privacy policy which has been tested in an international assassination and been found to be true. Namely that Express VPN does not keep logs of what their users do.

Many use ExpressVPN because it is so stable, even in high censorship countries like China. They have 3,700+ servers in 90+ countries.

Their application is extremely simple to use. You can speed test local servers any time to find the fastest connection and easily connect to any server around the world at the click of a button. You can also use Express VPN’s DNS servers for added data scrambling which has proven effective in China.

What impresses people the most about Express VPN is its speed. Many VPN providers will slow down your internet connection by as much as 30%, plus they offer very slow servers in Asia and South America. Not so with Express VPN, the slow down can be as little as 5% and they consistently offer high speeds all around the world. It seems all their servers are configured to run at high speed.

Get an annual subscription from $6.67 per month, connect 5 devices, and a 30-day money-back guarantee.

Cyberghost is backed by a 70 strong team of engineers from Romania, offering over 4,000 servers in 60 countries with a thousand of those servers specially configured for P2P file sharing and high-speed streaming. Meaning you don’t have to worry about buffering or lag.

Like Express VPN they have a beautifully designed application and web client, with easy-to-follow instructions and customized buttons to ensure you connect to the right server depending on what you’re doing.

They also use IP Sharing like Express VPN, to allow many users to use the same IP and remain undetected.

Cyberghost offers a blazing fast service, and some of the best speeds of any VPN while maintaining a zero logs policy which is supported by the Romanian government.

Due to their size and the number of servers being second only to Nord VPN you can also enjoy extremely low prices. With their 3-year subscription costing as little as $2.10 per month. Connect 7 devices at once and get your money back up to 45 days after your purchase.

Last but by no means the least is upcoming of 2019. Surfshark. With an industry low price of $1.99 per month for a 2-year subscription, it is growing rapidly. They have a smaller server park than any of the big competitors, with less than 1000 servers across 50+ countries, but we expect this to expand quickly.

They offer a host of additional services including Clean Web which acts as an ad and Malware Blocker. Multi-Hop to allow you to route your VPN connection through 2 servers.

They also have extra security features in the form of Camouflage Mode which scrambles your metadata and No Borders Mode which works well in China, where network sensors are extra sensitive.

What’s more with the subscription you can connect an unlimited number of devices and get a 30-day cooling-off period.