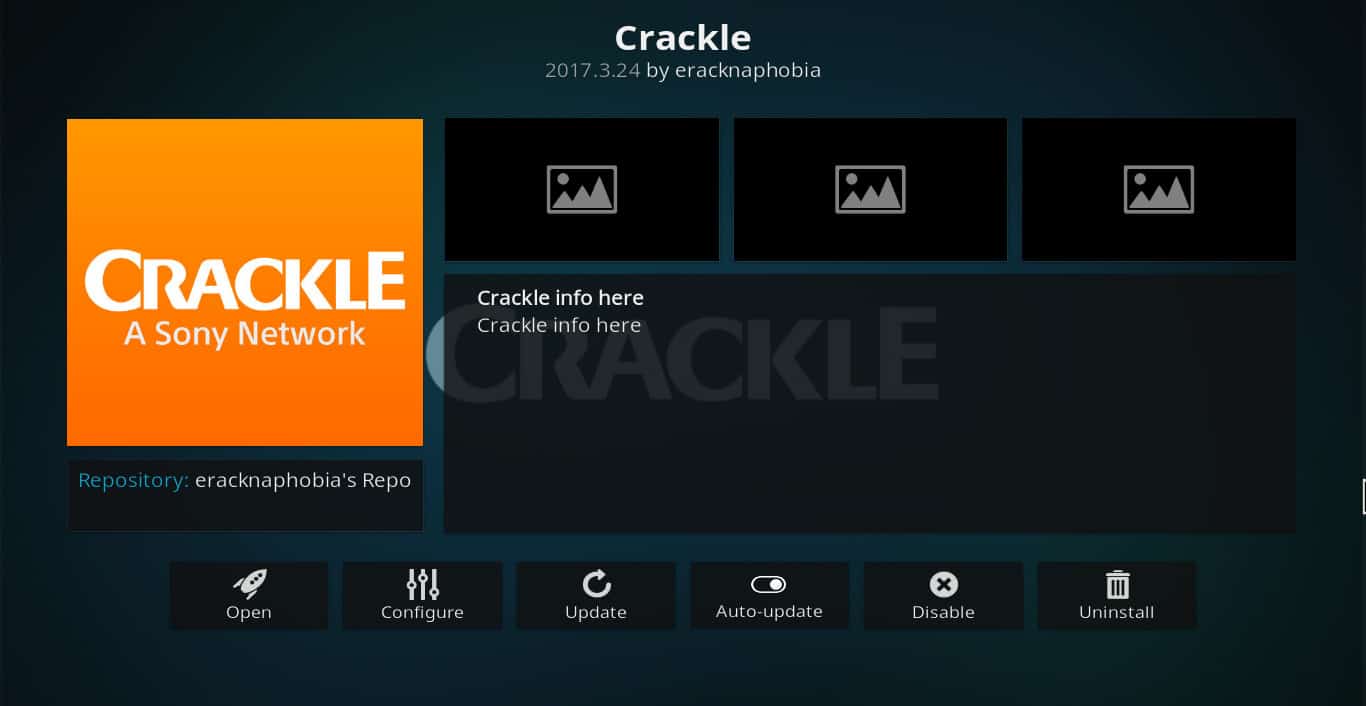 How to Watch Sony Crackle Abroad

Sony Crackle can only be described as a nostalgic collection of TV shows from before the turn of the Century. It has morphed into a strange representation of classic shows after losing some pitched battles with Netflix and Love Film.

If you want to watch Sony Crackle though you’ll either need to be on a flight watching in through inflight entertainment. Staying in a hotel or living in the US. Otherwise, you are out of luck.

What is Sony Crackle?

Sony Crackle has only been known by that name since 2018. It was first known as Grouper when the company first started in 2004. Grouper was then acquired by Sony in 2006 to become their own in the house on-demand TV streaming application for their old and new content.

Several popular series from the Anime producer FUNimation can be found on the platform. But most of the content looks decidedly dated, with the film of choice being advertised being Alien!

Why Can I Only Watch Sony Crackle in the US?

As a portal for Sony’s content, Crackle is only registered to deliver content in the US. Their servers will automatically try to detect the originating country for your IP address. If it’s found to not reside within the US then you’ll just get a black screen saying “Sony Crackle is not available at your location”

Previously Son Crackle was available in the UK and Australia. But the applications have since been pulled from the App Stores due to lack of demand and increasingly stiff competition from homegrown streaming providers as well as Netflix.

Currently, your IP 176.9.146.74 is visible to everyone and your Browser is being tracked by Advertisers & ISP Provider.

A Virtual Private Network (VPN) allows you to anonymize your internet connection by encrypting your access point through a tunnel.

The VPN client is downloaded onto your device, and once activated creates a connection to your chosen country’s server. This connection is encrypted using an OpenVPN connection with 256-bit AES encryption. This encryption means that no one, not even your Internet Service Provider can detect where your traffic is bound to, they can only see it appearing and disappearing into your VPN’s DNS.

Using a VPN enables users not only to anonymize and keep their data private but also to change their IP address and give themselves the appearance of being in a different country from their physical location.

Many VPN providers offer connections across the globe on thousands of servers.

How to Use a VPN to Watch Sony Crackle Abroad

To watch Sony Crackle using a VPN provider you need only find a VPN that has servers that are based in the US. Believe us, if they don’t have US-based servers get rid of them!

All you need to do is connect to those servers first and then click to access Sony Crackle and your connection will be valid.

Now, you might think it would be a good idea to just use a free proxy or a free VPN, but these methods have a few drawbacks.

First, if the product is free then generally the payment is your data. Free proxies also have no encryption and you have no guarantee as to what is being done to your data at the endpoint that it’s emerging from.

Also, many VPNs and proxies no longer work with large streaming providers who have invested in security and detection software which will block low-grade VPNs from accessing region-restricted content.

We’ve tested all these VPNs to make sure they will work with Sony Crackle wherever you are in the world.

IP Vanish leads the market when it comes to fantastic service and customer support. Based in the US IPVanish is another Tier 1 provider that owns all its own DNS servers. This enables it to deliver great service without potentially compromising your security of data to third parties.

They are the only company on our list that on top of a live chat system and email tickets, also offers a 24/7 toll-free number to an English-speaking US agent.

They offer 2,000+ servers and 40,000 IP addresses across 75+ locations spread around the world. Gives you the ability to access a quick connection wherever you are on holiday. Their IP Sharing service means that multiple users can use the same IP. Meaning that no traffic or action can be attributed to any individual user.

They offer great speeds and unlimited connections starting from as little as $6.50 a month with a 30-day cooling-off period.

Click here to get the lowest price on IPVanish through our exclusive limited-time offer.

How to Install IPVanish on Firestick with Screenshots

You can download IPVanish directly from the Amazon App store. It will be easy for you to find IPVanish with your Firestick’s Find feature. Refer to our screenshots below.

If you want to go big, then go Nord VPN. The Panama-based VPN provider has risen over the years to become one of the largest VPN companies in the world. With millions of users and 5,500+ servers based in over 60 countries. Nord VPN offers the greatest coverage of any provider in terms of the sheer number of servers on offer. More servers mean a bigger spread of traffic and the ability to maintain high performance and stability even with many users.

Nord also differentiates themselves from their competitors by offering many additional features on top of their enormous server park and great connectivity.

With streaming, they promise you don’t have to worry about buffering and IP blocking, by accessing several of their high-speed Peer 2 Peer servers which have been specially configured to allow you to connect to Sony Crackle at high speeds. They even have a Smart Play function with modified servers just for popular streaming websites.

On top of that, you also get their Cybersec feature. Imagine the internet without an annoying advert? How peaceful would that be, well dream no more because Cybersec turns that into a reality? The software blocks ads, malware, and malicious websites.

If you need additional security or are particularly concerned about privacy you can choose their Double VPN service where your connection is routed through not one but two VPN connections. Making it impossible for anyone to trace your connection. Or perhaps you want to be highly secure browsing the internet and use their Tor over Onion feature and access The Onion Router over a VPN connection.

Price for multi-year passes starts from as little as $2.15 a month, allowing you to connect 6 devices and a 30-day money-back guarantee.

Cyberghost is run by a 70 strong team from Romania. Their 30 million users affectionately call themselves “Ghosties” and Cyberghost offers one of the biggest and most comprehensive VPNs in the world.

With 4,900+ servers in 59 countries. Cyberghost rates as one of the fastest VPNs in the world with over 1,000 of those servers configured to deliver high-speed P2P connections.

Cyberghost is loved because of its speed. They have some of the fastest connections in the industry as well as some of the lowest prices. Their mobile application is incredibly easy to use. Alongside the web client and has been specially modified to use icons to access your favorite streaming channels.

You can get a multi-year subscription starting from as low as $2.10 per month. Allowing you to connect 7 devices and a whopping 45 days to get your money back-no questions asked if you change your mind.

Surfshark is pegged to be the fastest-growing VPN in 2019. Though they currently have a small user base compared to the previous big 3-4 players in the industry they are fast expanding their servers. They currently have over 800 servers in 56 countries. Though this is set to keep expanding.

What impressed us with Surf Shark is the sheer number of additional services provided with the VPN. Clean Web acts like Nord VPN’s Cybersec and provides an ad and malware blocking service. You can also Whitelist programs to bypass the VPN if you want to use your regular network.

In addition, they have some cool additional security features. Camouflage Mode and No Borders Mode enables your metadata to be scrambled and operate successfully in high censorship countries like China. You also have a Multi-Hop feature to bounce your connection through 2 VPN servers.

But what is really stimulating growth are their low prices. You can get a 2-year plan for $1.99 a month which is one of the lowest prices in the industry. Plus, you can connect an unlimited number of devices simultaneously. A promotional offer that we are sure will be pared back over time, as well as a 30-day money-back guarantee.

Last but not least is Express VPN which has been awarded multiple times as the best VPN in the industry. You don’t get bells and whistles like several other providers, but it just works, all the time every time.

You can speed test local connections within the application. As well as enable scrambling through Express VPN’s DNS servers, which has served it well in the Chinese market. Plus, they are fast, really fast. Express VPN has one of the fastest connections in the industry and that’s consistent with servers across the world.

Their no logs policy has been tested in an international criminal case and has not been found wanting. They don’t keep logs even when their servers were confiscated.

They offer over 3,000 servers in 90+ countries giving it the biggest geographical reach of any VPN provider. Also the ability to choose between different levels of security if you want to eke out some extra speed.

Annual plans start from $6.67 a month, connect 5 devices and get a 30-day money-back guarantee.