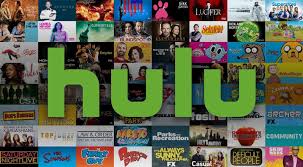 How to Watch Hulu Abroad

Taking a trip outside of the States is great. But what happens when you must leave the comforts of home behind? Hulu may not work abroad if you just try and start the application without having a VPN.

In this guide, we look at what Hulu is and why you can only watch it in the US. We explain how you can use a VPN to watch Hulu abroad, Rounding off with our top picks for the best VPN providers

Hulu is a completely subscription-based US service for on-demand television first hitting the US in 2007. You can watch a wide range of TV Shows and Films offered by Disney and Comcast. As well as their recent offering of 50+ live TV channels which started in 2017.

Subscriptions start from $5.99 a month and Hulu has over 28 million subscribers in the US alone.

Hulu offers a tremendous range of channels including ABC, CBS, ESPN, Disney, Fox, and NBC. Get HBO for an extra $14.99 a month and Cinemax for another $9.99 a month.

Probably their most famous original TV show is the “Handmaid’s Tale” which won critical acclaim and a worldwide audience.

Why Can I only Watch Hulu in the US?

Hulu only has distribution rights for the US. So will be locked for any IP addresses outside the States.

When your device tries to access Hulu, their servers will first check you have a subscription to watch. Then match your account to the IP address on your device.

If that IP address cannot be located within the United States, then Hulu’s servers will block access.

Hulu has plans to expand internationally and has been much slower than Netflix. But the content would certainly be altered by country in the same way as Netflix. Many countries with Netflix only display at most 35% of the content which is streamed in the US version.

A VPN is a Virtual Private Network. It works through software you’d download from a reputable company like Surfshark.

Once installed on your device you connect your VPN to their local DNS (Domain Name Server) this connection creates an “encrypted tunnel” for your data.

This means that all the data sent through the tunnel is made safe using 256-bit AES encryption. The exact same technology as used by the US military to maintain top-secret documents.

A VPN also gives you access to thousands of servers across the world including in the US as well as many countries abroad. This means you can change your IP address and appear to be in a different country than your physical location.

How Can I Use a VPN to Watch Hulu Abroad?

Say you go on holiday to France, if you try to access Hulu through your device, Hulu’s servers will recognize that you are trying to log on from a French IP and say Hulu is not available in your country.

If you connect a VPN before logging onto Hulu, then you can connect to a server in the US first. This will give the impression that your IP is based in the US and you can access Hulu.

Be warned not all VPN; s will unblock Hulu. Similarly, to Netflix and BBC iPlayer Hulu has become more sophisticated at blocking people logging in from countries outside the US using a VPN.

In fact, they state explicitly in their user agreement, that people caught may have their subscription canceled and service withdrawn. Though there has never been a public case of this happening.

Many VPNs and free proxy services won’t be able to access Hulu and will be blocked.

This is why we have picked out a few top-rated VPN providers which have been proven to work effectively with Hulu.

We’ve tested all these VPNs to make sure they will work with Hulu wherever you are in the world.

Surf shark is a new kid on the block and currently has 800 servers in 56 countries but expects this to continue to grow rapidly. What makes them appealing is the 2-year plan which comes in at just under $2 a month, making them one of the cheapest VPNs in the industry.

As a brand-new provider, they also provide a wealth of extra functions including Clean Web for ad and malware blocking. Camouflage Mode to further hide your traffic from your ISP. No Borders Mode to work in China and high censorship areas and Multi-Hop which allows you to connect through 2 VPN servers.

A great company with a bright future. You can also connect an unlimited number of devices on annual plans and get 30 days for a refund if you change your mind.

Cyberghost is a very public face of the VPN industry, and one of the few companies to put names and faces to their 70 strong staff based in Romania.

Like IPVanish though offer the same IP pooling service through their 3,000+ servers in over 60 countries. With 1,000 of those servers specially configured for P2P file-sharing giving you blazing fast speeds.

The mobile application is incredibly easy to use, with links directly to Hulu as well as connecting you to the best server based upon your needs. You also get an ad blocker to block ads and Malware which is a lovely bonus.

They are about the same price as NordVPN coming in around $2 a month for a multi-year pass, allowing you to connect 7 devices at the same time and an industry-leading 45 days to get your money back.

ExpressVPN is often ranked as the best VPN provider in the world and has been a market leader for years. Downloaded and used by millions of users worldwide, in China where government censorship has rendered many top VPNs useless, ExpressVPN continues to thrive.

They offer 3,700+ server from 90+ countries in the world and probably has the widest geographic country for any VPN in the world. This means that you are never far from a super-fast server. The further a server is from your location and the longer it’s going to take for data to go back and forth. Many smaller VPNs don’t offer anywhere this type of coverage so have much slower connections.

ExpressVPN also has a solid zero logs policy based in Panama, which means they will never disclose details of what you do on their service to anyone, not even the government. As has been tested twice in 2 international criminal cases.

They rank as Tier 1 Provider as they own all their own DNS which means you never have to worry about your data being compromised or passed onto a third party. You can also decide the level of encryption you want, choosing LPTP or PPTP if you need a faster but less secure connection.

Express VPN is also extremely fast. Most VPNs will slow down your connection speed by 30%, with Express VPN this drops to 5% or less.

Packages start from $6.67 per month for 12 months, with a 30-day money-back period, and you can connect to 5 devices at the same time.

If you are looking for sheer size and number of servers, then look no further than Nord VPN, with over 5000 servers in 60 countries, they have the biggest server park in the world and are another Tier 1 provider.

They also offer an impressive range of features, including Cybersec which lets you block adverts online, malware, and other malicious websites. You can use their Double VPN feature to send your connection through 2 VPN servers making it impossible for anyone to track your connection. Or for the most security-conscious use Tor over Onion to access The Onion Router via VPN, but not advised for streaming!

They offer several Peer 2 Peer servers which have been specially modified for fast data sharing, making them ideal for streaming, and have a solid zero logs policy is based in Panama.

With size comes great prices and you can get a multi-year subscription for around $2 a month, connect 6 devices, and a 30-day money-back guarantee.

IP Vanish is based in the US, and is another Tier 1 provider, owning all their own servers. They are well known for having fantastic customer service, high approval ratings from their customers and good retention. Once you start using IPVanish you won’t want to go back!

They have some of the fastest servers in the industry and have 2,000+ servers in 75+ locations. Along with 40,000 IP addresses for you to choose from. They also use an innovative technology called IP Pooling which means that one IP can be used by multiple users. Making it impossible to attribute traffic from that IP to any one user.

More advanced and security-conscious users can access the Socks5 Proxy. You can also choose the level of encryption depending on the speed of the connection you want. The rule of thumb is that the more secure the connection is, the slower it is.

What really sets them apart though is their attention to detail and having customer service agents available on a toll-free US Number 24/7. Whereas most other companies only provide a live chat or ticket system.

Annual packages start from $6.67 a month, with a 30-day money-back period and you get to connect to 10 devices at the same time.