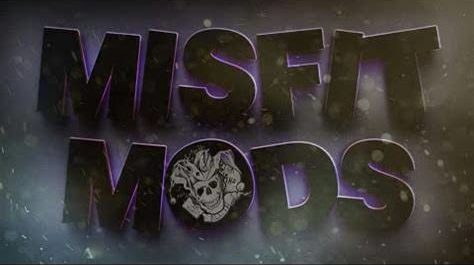 Misfit Mod Lite was many reviewers Kodi Build of the year for 2018. The Lite version cuts down the original Misfit Mod build of 500MB down to around 250MB. Having a Lite build is important if the device you are running it on has low RAM and needs to have an optimized application to run.

Kodi has been around since 2002 and has grown from strength to strength since its humble roots as a piece of homebrew software for Xbox gamers.

It’s now been downloaded tens of millions of times and is one of the most popular open-source media players in the world.

Kodi has become the premier open-source player due to its features rich interface. As well as being customized for use with televisions and remote controls, allowing applications to be scaled from phones, computers or touch screen devices to be controlled on a TV.

In addition, Kodi features an enormous library of add ons which give users access to a wide range of free media, though these add ons are not endorsed by Kodi which remains 100% legal.

A build is a great place to start if you have never used Kodi before. Kodi is a large and complex media player with thousands of add ons, features and settings and can be difficult to get your head around as a first-time user.

Though you could create a working set up by yourself, this would take time and probably be quite frustrating.

That’s where a build comes in.

A build is a predesigned set up that can be downloaded from a repository or a wizard, a store of add ons and builds.

These builds come pre-installed with add ons, skins and settings meaning you can start watching straight out of the box.

What is Misfit Mod Lite?

Misfit Mod Lite may be lighter on features than Misfit Mod but they have put together some of the best add ons and a lovely UI to keep you entertained for years.

Add ons included in this build including:

How to Install Misfit Mod Lite

Get up and running with Misfit Mod Lite in a few minutes following these simple steps.

Misfit Mods Lite was one of the most downloaded builds of 2018 and 2019 and has received rave reviews. When you download the build make sure you always use the official repository.

Downloading from repo’s that you have not been reviewed and signed off could lead to you to opening a file filled with viruses or malware. Scan any unknown files with Malwarebytes.

Misfit Mod Lite operates in a grey area, but honestly due to the number of add ons you can access that is loose at best.

Due to the wide range of copyrighted material distributed through the add ons, you have to accept that almost everything you watch through Misfit Mods Lite isn’t legal.

Many of the add ons and Misfit Mods Lite may not work if you try to use it without a VPN.

We always recommend that you use Kodi, and Misfit Mods Lite with a VPN.

Without it, you’ll find that many of the add ons may not work, or overtime they may stop working. You could be misled to think that this is a problem with the build, but actually it’s your Internet Service Provider blocking your connection to an IP that has been flagged for distributing copyright content illegally.

A VPN works as an encrypted tunnel that prevents hackers or third parties from snooping your data, as well as your ISP from logging or even seeing what you’re doing online.

Misfit Mod Lite was released in 2018

Misfit Mod Lite covers it all, but some of our other favorite builds are:

Builds just like add ons do have a habit of going down every so often, so if you get stuck just Google “Best working Kodi builds” and you’ll find a long list of working builds.

Misfit Mod Lite is a great lightweight app with a simple menu and navigation. One of our favorites builds for first time Kodi users who want to venture beyond individual add ons.