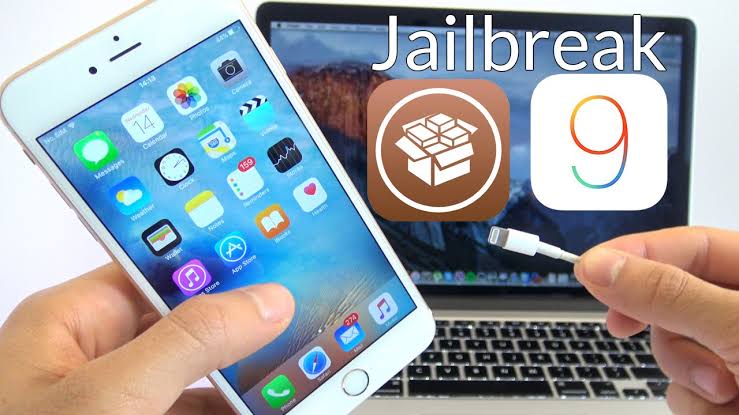 How to Jailbreak an iPhone?

In this article, we will help you learn how to jailbreak an iPhone.

iPhones are great until you want to install a third-party application which either isn’t in the Apple App Store, or their certificate is not supported by Apple.

Then you either need to find an alternative or if you want to say put in a trusted Android TV streaming app, or simply an app that chooses not to use the App store then it’s time to investigate jailbreaking your phone.

Jailbreaking these days is easy and straightforward. Follow our simple step by step guide to install the two best jailbreaking programs around now for the latest version of iOS.

iPhone’s usage is heavily restricted by Apple’s operating system iOS. It gives you great functionality but also controls what can and cannot be used on your iPhone. Unlike Linux which is open-ended and highly compatible with third-party applications, Apple wants to use its software only.

This means that you can download and run any applications, of course, it also increases the risk of your phone being infected with malware if you are not careful.

Once you jailbreak your iPhone you can gain access to unofficial App stores the biggest of which is known as Cydia.

Cydia is an accumulation of free tweaks, apps, themes and much more. Created in 2008 by Jay Freeman it has become the unofficial store of choice for app developers who want to make their programs available. It’s worth noting many of these apps are unauthenticated and you should always make sure you download from a trusted source that you have verified or run a Malware scanner on any downloads.

There are four types of jailbreak:

The Difference Between Jailbreaking and Unlocking

Jailbreaking is often confused with unlocking. Unlocking an iPhone simply means that it is no longer bound to a carrier. For example, a Spring iPhone will only accept a Spring sim card, but an unlocked iPhone can be bound to any carrier.

You can install an app through Cydia when you jailbreak your phone to then unlock it. So, if you want to unlock your phone you can save yourself the money of taking it to a shop and just do it yourself.

Why Would I Want to Jailbreak my iPhone?

The simplest reason is you want to do something that iOS in its current format won’t let you. From changing the user interface of your phone to running an application that doesn’t have an Apple Developer certificate.

Though of course app stores like Cydia will have several pirated and illegal or dangerous apps. There are also plenty of apps that just aren’t allowed on the Apple App Store because of their terms of use. One popular reason is wanting to install an Android or iOS TV streaming app that isn’t mainstream.

Jailbreaking gives you more options, while still allowing you to use the Apple App store as normal.

Just bear in mind that when you update your iOS you will need to download a new jailbreak; plus, modern jailbreak apps will need to be re-run every time you reboot your iPhone.

Yes! There has been a lot of misinformation over the years about jailbreaking, but truthfully most governments simply state that jailbreaking is only illegal if used to pirate copyrighted materials.

Does Jailbreaking Void my iPhone’s Warranty?

No! Again, this is another common piece of misinformation.

Don’t get us wrong, if you try to use the Apple App Store to communicate with Apple Customer Support or ask for a warranty while your phone is showed to be jailbroken your request would be refused.

Apple is clear than any hacking or changing of the iOS software invalidates the end-user agreement and your warranty.

But a simple solution is prior to asking for help or taking your phone to an Apple store, just restore the phone to its factory settings.

Could Jailbreaking Make My Phone Unusable?

Highly unlikely but possible. We list several great programs for jailbreaking which have been tried and tested.

Just a computer, a badly written app does have the potential to render your iPhone unusable. In extreme cases.

But like any kind of major system alteration that’s why you should always verify the source and read extensively on the program before using it.

Don’t believe the scare stories of people complaining that their phones have been turned into unusable bricks when they tried to jailbreak it. Chances are pretty good they downloaded crappy software, or they just weren’t smart enough to do a little research and follow many of the easy guides around for jailbreaking iPhones.

Does One Programme Work for All iPhones?

No. There is no one “best” program to jailbreak iPhones. Every time their iOS update there is a scramble from companies to create a jailbreak that can work with the new iOS and its operating system protection.

Another important point to remember is that jailbreaks are generally free. If you find an app that promises to unlock any phone for $X that you should think “scam”

Developers may ask for donations but remember to check our best-jailbreaking programs first.

But if we had to pick one that is most up to date and being updated consistently including working with the latest iOS we would pick unc0ver by pwn20wndstuff, whose Git Hub repository can be found here: https://github.com/pwn20wndstuff/Undecimus/releases

Also, Chimera is pretty cutting edge. These are the only 2 contenders who have successful and stable jailbreaks for the latest version of iOS.

uncOver: Now working for the most recent releases of iOS, exploiting the tfp0 exploit. Being consistently updated as recently as this week. The jailbreak works in less than 2 seconds

Chimera: Awesome app and development team with skin in the game. Currently in Beta for 12.3, but has a stable version for 12.2

unc0ver: Works on all devices including the A12 and A12X chip and is recommended for iPhone X. Stable version available.

Chimera: Stable version working on all devices including A12 and A12X chip. Recommended for all iPhone X devices and latest iPad Pro

Other Applications and Older iOS Versions

There are tonnes of other apps out there, but none as good as unc0ver and Chimera for the best, quickest and most stable jailbreaks. All are semi-untethered so require you to rerun the application once you.

Other recommended applications for older iOS versions include:

If you have an iOS version earlier than 10.0 chances are lots of stuff isn’t working, so just upgrade to the latest version of iOS. It’s worth noting that iOS 13 is in Beta and there are no known jailbreaks for it. iOS 12.3 is the sweet spot.

How to Jailbreak your iPhone

Let’s go through the steps to jailbreak your iPhone using one of these two apps. A word of caution if you are not technology savvy. We would not recommend you jailbreak the phone you use every day. It may pay to try to jailbreak an older iPhone first, as it can affect the functionality of other applications on your phone.

Chimera uses Sileo instead of Cydia, another unofficial app store and package manager

A word of Warning

Whether you go on to use Sileo or Chimera App Store bear in mind that there are thousands of malicious applications available. Always proceed with caution and read extensive reviews on Reddit or online before installing these apps.

As they have not been Apple Developer signed you become increasingly vulnerable to malicious software being installed.

We recommend using Malwarebytes to scan any downloads which you do not trust.