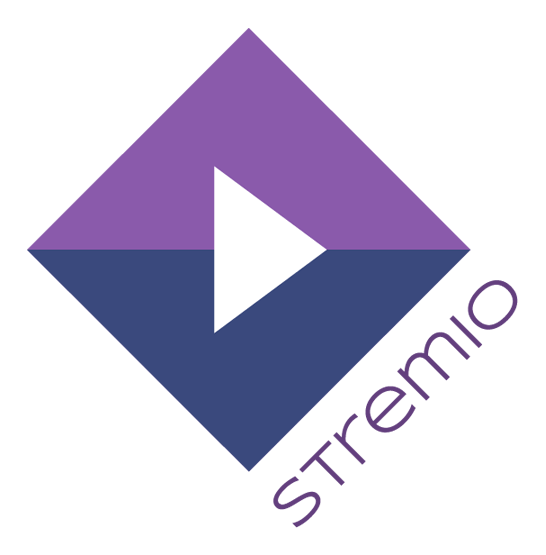 Install Stremio on a Firestick and Android in 5 Minutes [2021]

This article will help you install Stremio on Firestick and Android.

Stremio is a new kid on the block when it comes to media streaming, but it has been making waves.

Dubbed as the future of organizing and streaming all your media content, it has fast taken a foothold.

It is often described as the best alternative to Kodi because of the presence of addons as one of its features.

Using Stremio, you can stream different files and shows. The purpose of its addons is to find the best torrent sites for any titles you wish to stream.

To learn more about different addons available on Stremio, you can check out this article: Best Stremio Addons

Stremio is a third party application. In order to install it on your firestick device, you need to jailbreak it first.

How to Jailbreak Firestick

You need to use a Downloader application to install Stremio on your firestick device.

Note: ReviewVPN.com does not host this APK file. It is hosted on Archive.org.

Install Stremio on Firesticks with Screenshots

1. Scroll to Settings from the home screen.

Currently, your IP 3.238.70.175 is visible to everyone and your Browser is being tracked by Advertisers & ISP Provider.

When we talk about all in one media center, it would be hard to think of a program that’s better than Kodi, so how do the two match up, and what are the major differences between them?

Kodi has been around 14 years longer than Stremio coming around in 2002, so it has an enormous library of add ons. Developers are going to spend time and money developing great add ons where they feel they can have a great impact and importantly drive revenue from subscriptions and ad views.

Stremio though has a decent range of add ons and that list is growing, whether it will become quite as prolific as Kodi is another question.

One of the big drawbacks of Kodi is that it is a pretty heavy application and add ons and builds only add to that. You can easily use 1GB+ of disk space before you have even gotten started. Stremio is a much lighter application and this is reflected in both the size of the application but also the fact that the application is cloud-based.

This means you’ll generally spend much less time buffering on Stremio than you would on Kodi. It’s also an important consideration if you are using light and cheap device like an Amazon Fire Stick.

One big pitfall of Kodi’s success is that their files need to be downloaded and installed, which leaves a route for malicious third parties to infect your computer with malware. That’s the downside for a locally hosted application. Stremio has greater security because the add ons are downloaded and loaded within your login session which is hosted on their server. Minimizing the risk to you.

For a beginner Kodi is fiddly. There is no denying that you get a massive range of add ons and choices with Kodi, but anyone who uses it knows it’s a complicated multi-step process to download, unzip and install an add-on or plugin.

Stremio is simply searching, click, and go. Much easier to use.

Access the entire Torrent database of one of the most popular torrent sites online. Stream straight from Torrent without needing to download.

Pooling links from multiple torrent servers to create a massive library of content, including HD and 4K streams.

Another highly popular torrent source, with multiple streams on offer for each title.

A favorite for some older users. Popcorn Time has been going strong since 2014. Drawing from the YTS and EZTV torrent libraries, you get a massive range of content that is updated daily

To know more about Addons available on Stremio, go to Best Stremio Addons.

There are some other applications that have the same functions as Stremio, like having addons or getting the best torrent links for some movies and series. Check out this list of alternative applications:

Should I use a VPN with Stremio?

Stremio is a free and legal platform, but like Kodi, it features several add ons that allow you to access content that isn’t legal. For that reason and several others, we recommend you use a VPN:

1.  Click Home on your remote and scroll once to your left. It will be the search icon.

2. You can either say IPVanish to your Alexa’s voice-enabled remote or start typing it. If you typed it, click on the suggestion when it appears.

Learn more about IPVanish. Get an IPVANISH now

Stremio first hit the scene in 2016, and basically helps to unify everything in one place including add ons. Instead of having lots of outside developers making apps and then putting it onto their app store, they have an in-house team of developers who create their own applications based upon the needs of their users.

Third-party add ons have been rolled out, but there is.

Stremio uses add ons for streaming like Kodi, the platform itself is a bit like Windows Media Player, it can play and store any kind of media file but is made dynamic by adding additional software and scripts.

Plus, Stremio is completely cloud-based meaning none of you add ons or content is stored on the device. Making all devices equal in terms of performance to a certain extent, unlike a lot of Android streaming apps and add ons which require you to download and install it on your device.

Stremio satisfies all the requirements of being legal just like Kodi. It acts as a platform and exonerates itself from the responsibility of what people do with add ons that they may download and use through the platform.

Where Can I Find Stremio?

You can find Stremio on the Apple App Store, Google Play Store, or just download it directly from their website at: https://www.stremio.com/downloads

Stremio works across all devices and operating systems and has applications for Windows, MacOS, Linux, and Android.

Kodi for us is still the undisputed king when it comes to sheer choice and range in terms of versatility. Ut you pay for it with risks to security, a bulky application, and cumbersome installation procedures. Kodi is the best application for pros.

If you just want access to Torrents and are incidental users, we really like Stremio. It’s lightweight, easy to use, secure, and most importantly simple. You’ll get less choice, but as you’ll see with some of them add ons, there is a great future for Stremio if it can continue to grow and improve in terms of community support.

Whether we compare Stremio to Kodi or any other apps, we might say that it is great overall. It serves you right with all its features for free. And it is also always updated. Even the recent movies and series to grace Netflix is already available on Stremio.

It also has wonderful working addons that are easy to install. All these and more make this app wonderful.

Upon our last checking, some other addons are no longer available, but there are still others that remain and some that are new. Which is somehow a great thing.

We hope that this article helps you obtain the necessary information on how to install Stremio on Firestick.

The Best Adult Apps for Android